When it comes to offering trust, reliability and performance, one mobile brand that has consistently pushing itself is HMD Global. As the home for Nokia phones, HMD Global has built a reputation around introducing classic retro mobile designs for the new generation. Think the iconic 3310, or the Banana Phone! HMD Global is now back with the Nokia 5310, its classic XpressMusic device from 2007, focused mainly around audio playback. The timing for this new device is apt, and is weirdly delightful.

In the midst of COVID-19, consumers are homebound with nothing to do, and nowhere to go, but just deal with long blurring work-life hours. More than ever before, the 9-to-5 debate and the concept of work-life balance has been obliterated. What you are left with is an endless stream of webinars and work through the week and beyond.

A recent consumer survey by CMR threw some interesting perspectives into the changing consumer mindset. The prolonged lockdown and the move to work-from-home has led to both smartphone and feature phone users highlighting high quality music and audio capabilities as the most important feature in their phones. For smartphone users, audio quality now ranks higher than their smartphone’s camera, battery life or even overall phone reliability. On the other hand, battery drainage and internet consumption are two important factors that impede high music consumption on smartphones. These are two key factors that makes them open to buying a feature phone as a companion device that can be used primarily for music and calls, with the purpose of digital detoxing.

As we move from a homebound economy to a ‘neo normal’, mobile audio will remain key for consumers – think, communication, music and content consumption or team collaboration.  For instance, in situations involving low bandwidth, the importance of audio becomes even more critical. All said, music is what drives India, and a good quality experience is what consumers hold dear.

That’s why I believe the new Nokia 5310 debut is well-timed. 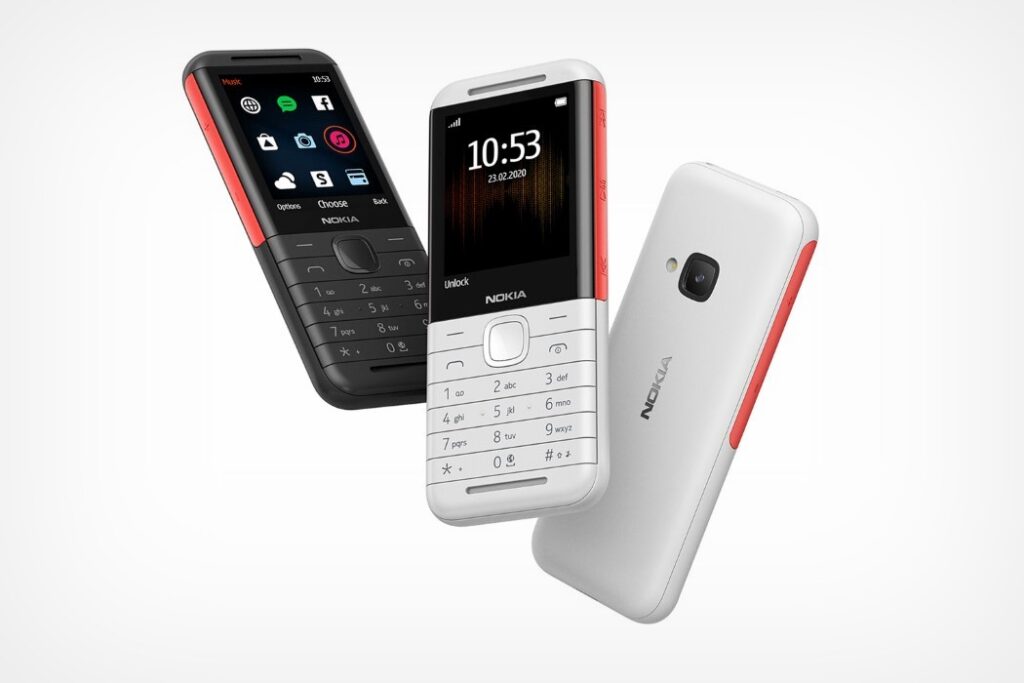 The Nokia 5310 is a new member of the Nokia Originals club of Nokia feature phones that re-brings the appeal and passion of the classic phones for today’s generation. The phone has a classic Nokia appeal, with stereo loudspeakers, internal FM radio antenna, and music control buttons on the body.

The new Nokia 5310 comes with dual front-facing speakers. It sports a built-in MP3 player along with FM radio. The device comes with a 2.4-inch QVGA display and a VGA camera at the back. It comes with dual-SIM (mini SIMs) support. The phone sports  a 1200 mAh removable battery.The phone also supports expandable storage up to 32GB and a 3.5mm headphone jack. Running on Series 30+ OS, the device has 2.4-inch QVGA screen, 8MB RAM and is powered by MT6260A CPU. The 5310 also supports wireless FM radio, which one can also listen to with earphones plugged in.

The Nokia 5310 has dedicated music buttons on the top half of the either side of the phone. On the left side, one can adjust the volume while on the right side, there are dedicated buttons, to play and pause, and to move to the next or the previous song.

The device will retail for INR 3,399 and will be available for pre-booking on Nokia.com starting 16 June.

Why Twitter must have an ”edit” button, not copycat Fleets
OPPO Find X2 Pro: A polished, purposeful flagship