Skip to Content
Home Showcase Viewpoints Netflix vs Others: The Quest for Dominating Indian Eyeballs
by

As a mobile-first nation, the India OTT market provides enough head room for growth. American as well as Chinese streaming players are looking to strike it big in India. While Netflix continues to invest heavily in Made-in-India for India programming, it is under pressure from the likes of Hotstar and others. So, how would the streaming wars finally pan out?

India has emerged as Battleground Zero for streaming wars, primarily because of the vast potential demographic (1.3Bn population and counting) it represents. Almost half of them are now online. Until a few years ago, India was held back by poor internet connectivity. The spike in online content consumption got accelerated with the debut of Reliance Jio’s affordable and accessible 4G services. Since its debut in 2016, Jio sparked off a price war with incumbents. By offering affordable data access, it brought a whole new generation of users online, forever changing how data is consumed. Jio democratized internet access, and fuelled massive demand for content amongst Indians.

As an extremely price-sensitive market, India is home to different consumer personas, straddling across socio-economic and education strata. Indians spend >75% of their mobile data on content consumption.

The streaming landscape in India has three broad categories of companies:

(a) American OTTs, such as Netflix and Amazon, (b) Indian homegrown OTTs such as Hotstar and Zee5, among others, and (c) Chinese OTT aspirants, such as Tencent Video.

Inside Netflix’s Battle for India

The Netflix playbook has been to spend big on original programming, across an array of genres, even before contemplating profits. Across geographies, original content programming, alongside licensed content, has been the cornerstone for Netflix to get subscribers on board. When it comes to India, the Netflix playbook faces severe pressure. The demographics and consumer paying capabilities are nowhere close to international standards.

In the US, Netflix has lost subscribers as it lost rights on some of the more familiar blockbuster licensed content. The entry of brands such as NBC Universal, Disney+ and HBO Max also put pressure on Netflix. NBC Universal, for instance, invested $500Mn for the rights to “The Office”. On the other hand, the rights to “Friends” was secured by Warner Media for $425Mn.

Given that it had exhausted its growth potential on home turf, Netflix has looked at accelerating its growth internationally, and especially at markets such as India.

In India, Netflix competes with several homegrown OTT players. It faces  its toughest competition from Disney’s Hotstar. Hotstar offers live streaming of cricketing events, movies as well as content sourced from various sources, including the likes of HBO.

Since it entered India, Netflix has been tweaking its India playbook. Today, it is betting not just on competitive pricing, but also laying emphasis on local language programming. Its India spend on original and licensed programming is going to be $420Mn as it aims to add 100Mn subscribers.

Over the course of 2019, Netflix’s India-centric Made-in-India programming came to the fore. It released five original series and eight original films, including the Bard of Blood, produced by Shah Rukh Khan’s Red Chillies Entertainment. 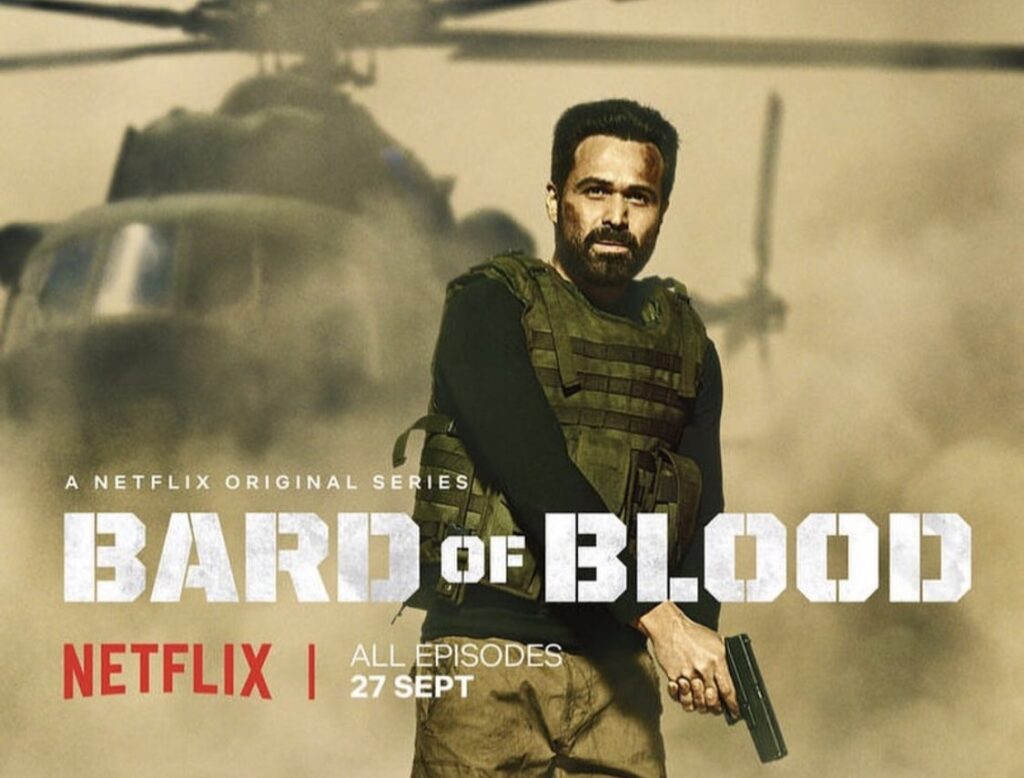 With Hotstar and Amazon Prime also pouring money on original local language programming,  and the likes of Apple TV Plus, Disney+, and YouTube Premium coming into play, Netflix is under pressure.

Last year, Amazon Prime had as many as ten made-in-India programs, including “Inside Edge 2”, “The Family Man” and “Made in Heaven”. There’s many more in the pipeline for 2020. 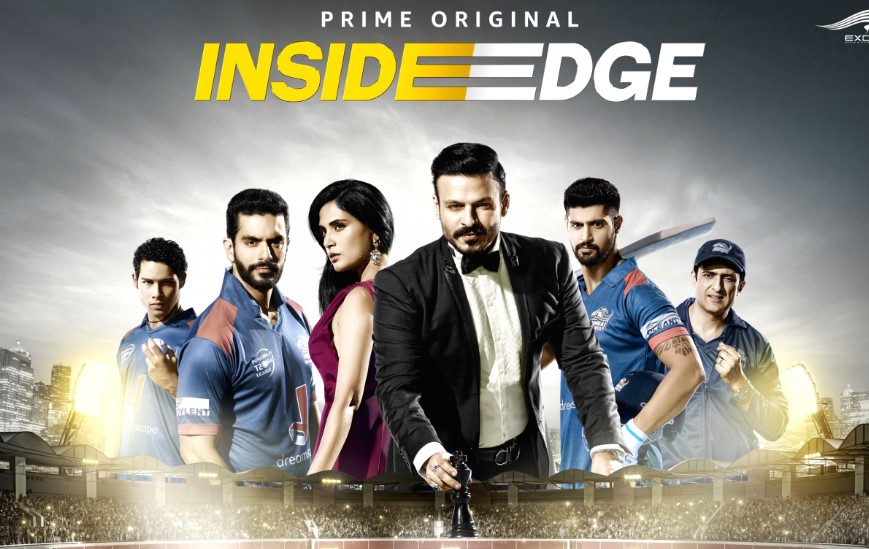 The debut of Disney+ in 2020 is keenly anticipated. Given the popularity that Marvel enjoys in India, Disney+ will enjoy a headstart in India. More so, if Disney+ programming were to be made available via Hotstar that had 400Mn downloads and experienced 2x growth in installs in 2019.  Hotstar has a 75% market share in Indian streaming market, and enjoys a viewership that is more than the combined viewership for Amazon Prime and Netflix in India. Unlike Amazon and Netflix, Hotstar has thus far relied majorly on syndicated content.

Beyond the league majors, Indian homegrown OTTs, including the likes of MXPlayer, ALTBalaji, Voot, and ZEE5 also find favour with Indian consumers. 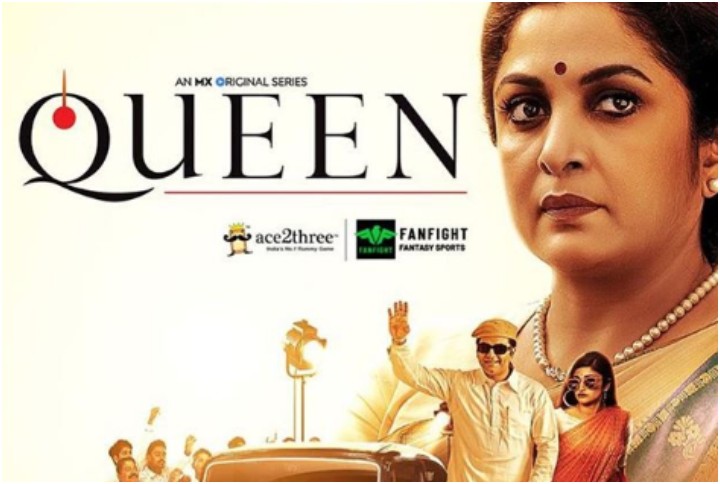 Chinese Dragons in the fray

The Chinese streaming market is increasingly getting fragmented with entry of new players. A slowing economy, regulatory pressures, and unexpectedly increased competition from the likes of TikTok, has put China’s BAT (Baidu-Alibaba-Tencent)’s streaming platforms, including iQiyi, Youku-Toudu, and Tencent Video, respectively, under pressure.

Until now, the BAT sought to master Netflix’s playbook in China, by relying on original content programming, in a country not known to pay online for content. With rising content costs as well as enhanced competition, Chinese players are looking at other revenue streams (including gaming) to turn profitable. In addition, they are looking at rising subscription costs for their streaming services, and adding additional costs on top, both of which are potentially counterproductive. No one really knows how much the Chinese consumer is willing to pay for multiple services, or are they just content with traditional advertising-supported channels.

Given this, Chinese players are keen to expand internationally to offset their slowing growth in China. One key challenge pertains to lack of expertise beyond Chinese language programming.

Just like Chinese smartphone players eyed India for their expansion and growth, I anticipate a similar trend in the OTT space. For Chinese streaming players, India represents a good playground for investing in, and producing local language content. The success of short-video platforms such as TikTok will be a key motivator for India-moves. In addition to eyeing the India market, Chinese players would look at building on the success that Bollywood movies such as Dangal have enjoyed in China. They would look at leveraging Indian content (especially Indian-language movies) in China for gaining market differentiation, while retaining existing customer base.

Netflix has an uphill battle in India.

While Netflix has experimented with various pricing models, including ‘mobile only’, it also needs to contend with the impact of rising data costs, thanks to the India’s top three telecommunication companies, Reliance Jio, Airtel, and Vodafone Idea, hiking their mobile data tariffs by > 40%.

That said, Netflix is feeling the pressure not just on pricing front, but is also facing the pressure to define and retain a specific niche that Indians can identify and relate with.

While its India spend is on the rise, it also potentially risks losing subscriber interest with its over-emphasis on Bollywood-anchored original productions, which Indian OTTs such as ALTBalaji, Voot, and ZEE5 have mastered. Netflix would need to relook, and reorient its consumer understanding in India to better hone its consumer proposition.

All said, the streaming market in India is extremely hyper-competitive. The recent exit of Hong Kong-based Viu PCCW Ltd.’s media arm, is a case in example.