Apple on Wednesday, October 30, 2019, reported its Q4 2019 earnings that beat analyst expectations, and continued to show that it is on the right path with its pivot to services, overshadowing iPhones that were down 9% year-over-year. For Q4 2019, Apple had forecasted revenue between $61-$64Bn, and in actual, achieved revenue of $64Bn and profit of $13.69Bn. 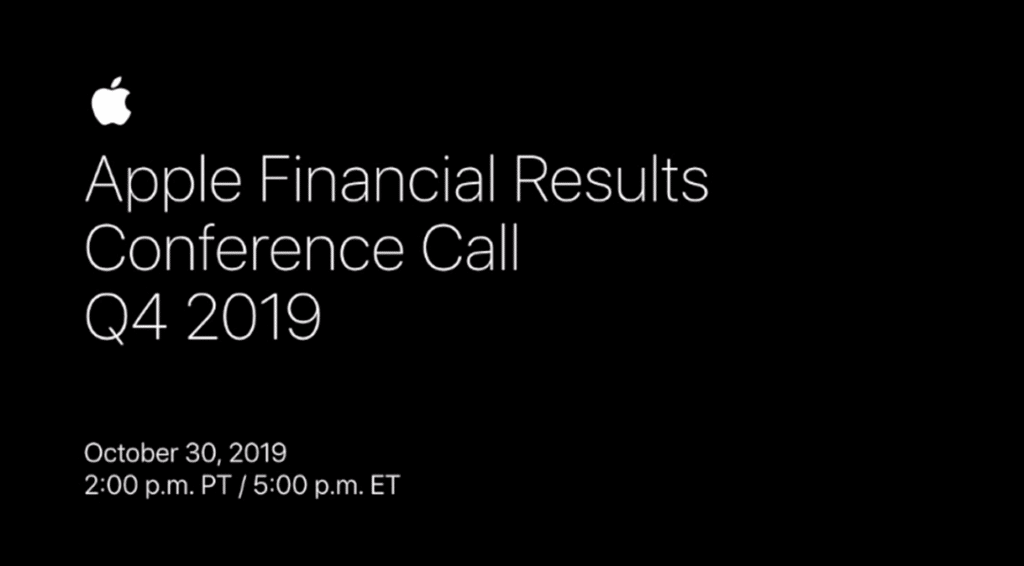 “We concluded a groundbreaking fiscal 2019 with our highest Q4 revenue ever, fueled by accelerating growth from Services, Wearables and iPad,” said Tim Cook, Apple’s CEO. “With customers and reviewers raving about the new generation of iPhones, today’s debut of new, noise-cancelling AirPods Pro, the hotly-anticipated arrival of Apple TV+ just two days away, and our best lineup of products and services ever, we’re very optimistic about what the holiday quarter has in store.”

Across segments, Apple’s revenue breakdown in Q4 2019 was on these lines:

As an aspirational brand of choice for India, Apple has always been a hit, whether it be the Apple iPhones or the Macs. During the quarter, Apple achieved an all-time revenue record for Mac.

Whether it be students or professionals in an always-on workplace, the Mac has retained a high consumer loyalty on account of its performance and longevity. With promotions such as “back to school” targeting students, and  attractive financing schemes, Apple was able to attract many first-time buyers for Mac, accounting for its impressive revenue performance.

Last year’s iPhone XR was launched at a higher price point in the range of INR 75,000, and later on, benefited from a price correction strategy, and sold for as low as INR 40,000 during the festive season.  In comparison, the iPhone 11 was introduced at a lower price, 16% cheaper than the iPhone XR on debut.

With its prudent pricing strategy on the iPhone 11, the earlier price cut on the iPhone XR, and on the back of the attractive specs on the iPhone 11, Apple has been able to get increased consumer demand, than before.  With increased local manufacturing and new retail stores in the offing, Apple is on a much firmer ground this year.

“I think that the price moves we’ve made have been smart and well-received and do show a level of elasticity. But the most important thing by far is the product. And I think we’ve got the best lineup we’ve ever had. And the customer response to the product is what the product does for them is really is really incredible,” added Tim.

It won’t be until fiscal Q1 2010 that the impact of iPhone 11 shows up on the Apple earnings call.

“The significant upswing in demand in the final part of the quarter is mirrored in the overwhelmingly positive reviews, customer feedback, and in-store response we’ve seen for this new generation of devices. Since its launch, the iPhone 11 has quickly become our best selling iPhone. iPhone 11 Pro and iPhone 11 Pro Max deliver even more advanced performance for users who want the very best out of their smartphone.,” said Tim.

For Q1 2020, which is the holiday quarter, Apple is forecasting:

Apple’s positive strides this year, will put its India story in 2020 in a much more positive and shining limelight.