Skip to Content
Home Showcase Viewpoints The US-China Trade War, and India’s Tryst With Destiny
by

The ongoing US-China trade war represents a seminal moment in trade history with significant promise for a clear realignment of global value chain.

In July 2018, US President Donald Trump followed through on his threats, and imposed sweeping tariffs on China for its alleged unfair trade practices. The US imposed higher tariffs on US$250Bn worth of Chinese products, and followed-up with threats to impose tariffs on US$325Bn more. As a retaliatory measure, China imposed tariffs totalling US$110Bn worth of US goods. 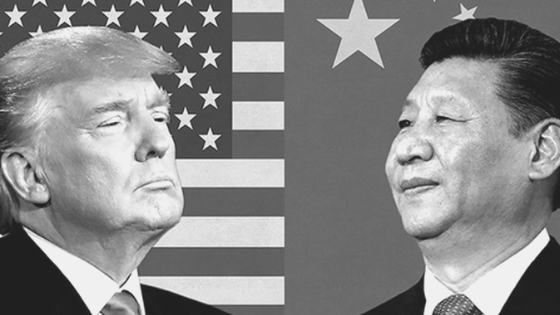 Last month, President Donald Trump and President Xi Jinping agreed to reinitiate the stalled talks. Alongside, the U.S. suspended the application of fresh tariffs. Yet, there is no concrete date announced for face-to-face negotiations. As a pre-condition for reaching a trade deal, China has stipulated that the U.S. must remove all the imposed tariffs placed on Chinese goods.

As it is certain that neither President Trump nor Chinese President Xi Jinping will probably take an easy step back, it only means that the ongoing trade tensions clearly spell uncertainties for enterprises everywhere.

China has leveraged on its traditional strengths – from its large talent pool to lower production costs, and high concentration of component suppliers to become the global hub for technology manufacturing.

An uncertain policy environment does not augur well for enterprises. They look for predictability and stability in the policy environment.  Shifting production out of China may represent a long-term solution, but cannot obviously happen overnight. Over the short-term, it could be simply rerouting goods for minimal processing before being shipped to the United States, to avoid US tariffs.

Yet, it is clear that many are contemplating shifting partial or complete operations to other countries. For instance, large consumer electronics companies, including the likes of HP, Dell and Microsoft are seeking to shift a significant production capacity beyond China. Many other prominent enterprises are seeking to partially move some of their manufacturing operations, while others are evaluating their options. Depending on the significance of the US market for them, industry estimates point to shifting 30-35% production outside of China.

One thing is certain: Neither US nor China would come out trumps in this escalating trade war. For US, the negative shift in manufacturing could potentially lead to escalation in costs. On the other hand, China would face heavy headwinds, resulting in further economic slowdown, and increase in joblessness.

So, where do we go from here?

The Rise of China+1 Strategy

The trade uncertainties have led to the rise of a new “China Plus One” strategy, where enterprises hunt for an additional location beyond China. There are many potential benefits to such a Plus One Strategy. Whether it be avoiding higher tariffs, or diversifying and reorienting the supply chain,  enterprises stand to gain. On the downside, it is imperative that enterprises clearly gauge and make their move to a new country. The risks range from the fledgling infrastructure to the rapidly changing trade environment.

Vietnam, with its close geographical proximity to China, has emerged as a key bet for many enterprises. To cater to increased manufacturing demand, Vietnam would need to substantially overhaul its infrastructure, and especially road and port connectivity. However, the growing Chinese influence in the region and President Trump’s criticism of Vietnam, and marking it as a potential target for new tariffs, add an aura of uncertainty around Vietnam.

As enterprises look at relocating outside China, and setting base elsewhere, India has a clear opportunity to take the leadership mantle, attract them, and become an integral part of the global value chain.

The Indian Government is currently in initial stages of discussions with many American enterprises that are seeking to shift out of China. Invest India has been tasked with providing all the requisite support to facilitate such investments.

India’s large domestic consumer market, its burgeoning aspirational consumer class, and the emergence of excellent world class infrastructure – all support India’s aspirations to be the hub of choice for global manufacturing enterprises. Beyond this, a conducive policy environment is key for enterprises. The Indian policymaking is also getting amenable to opening up the economy. For instance, the local sourcing norms in India have required firms to purchase a specified percentage of inputs from domestic companies. In Budget 2019, India has relaxed the local sourcing norms in foreign direct investment (FDI) in single-brand, and likely to benefit single-brand retailers, including the likes of Apple, and others. Apple’s application to open their own stores in India has been awaiting nod, for the past three years, due to policy ambiguity over the definition of “cutting-edge technology”. Over the long term, this policy thrust would ensure increased competitiveness of Indian homegrown manufacturers, as they benefit from the closer integration with global markets, as well as from the opportunities that the expanding domestic market would potentially offer.

So, in conclusion, even if Trump-Xi were able to resolve the long running trade war, the rubicon has been breached. The redlines have been clearly marked on the ground, and there is no turning back. China’s claims to be the global production hub for electronics would be under a cloud.

Over the long-term, India and other countries, such as Indonesia, Philippines, Taiwan and Vietnam would be engaged in a competitive duel to emerge as the hub of choice for electronics manufacturing.

Of these, India represents the most attractive value proposition for enterprises. As it fine-tunes its policy environment, and the infrastructure, India stands to gain from the technological know-how, and truly translate PM Modi’s vision for Make in India, Make for the World.