Skip to Content
Home Showcase Press How Apple wants to capitalise on online education in India?
by

Working professionals may have embraced the work from home — albeit grudgingly — concept rather seamlessly and perhaps are now used to it. However, classes at home has got its own set of challenges. Be it teachers, students or parents — each have their share of unique challenges and tech companies have stepped up to make the ‘transition’ smooth. 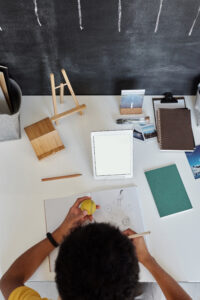 Earlier this week, Apple announced a new set of tools to help educators teach coding to students from grade school to college. Apple has also released the next set of books in its Everyone Can Code curriculum where students can learn about programming concepts used in app development.

It’s not just Apple that has been making a big push into education. Google this week announced its partnership with CBSE, where it intends to train 1 million teachers by the end of 2020. CBSE is also collaborating with IBM to integrate AI-based curriculum in over 200 schools across the country.

It’s clear that online education is here to stay and it doesn’t come as a surprise to see Apple making a big push for it.

“I believe there may not be a return ever to the pre-COVID world that we reminisce about. Online education will gain momentum, not just temporarily, but as a long-term trend,” says Prabhu Ram, head, industry intelligence group, Cyber Media Research (CMR).

The demand for tablets is set to increase and for many the iPad remains the popular choice. The iPad is easy to handle for school children and has an array of apps along with a content ecosystem that enables learning.

“Given the increasing awareness about security issues in the neo normal, opting for devices, such as the Apple iPad makes prudence,” says Ram. Apple App Store also has a set of apps — many created by Indian developers — that are focused on education.