Mobile gaming is on the rise, with gaming personas cutting across serious, casual and hyper-casual gamers. With smartphones getting more powerful, gamers today are able to play games across genres on their phones in an always-go environment.

With its focus on mobile gaming, Qualcomm has sought to enable mobile gamers with many new mobile-first features from the Snapdragon Elite Gaming. Qualcomm’s focus has been on delivering ultra-smooth gaming experiences, and reducing game latency. Qualcomm has been able to enable highest frame rates achieving 144 FPS, and  HDR quality with features like True 10-bit HDR. Qualcomm is a pioneer in bringing PC gaming-level features like per-game updateable GPU drivers to mobile platforms. Developers and gamers alike get the best possible mobile gaming performance from the Qualcomm Snapdragon Mobile Platform. 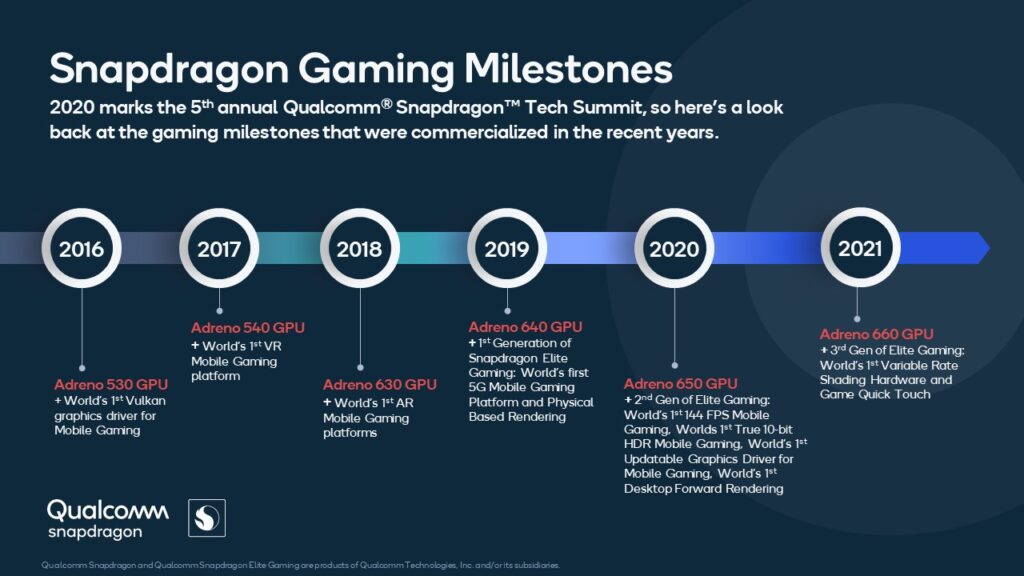 The latest Qualcomm Snapdragon 888 is armed with the full Qualcomm Snapdragon Elite Gaming arsenal. Users can harness the power of ultra-smooth play at the highest HDR quality graphics, with desktop-level capabilities. Snapdragon 888 delivers Variable Rate Shading (VRS) for the first time to mobile devices. In comparison to the prior generation, VRS improves game rendering by up to 30% for mobile’s most immersive experiences to date, while also improving power. Qualcomm Game Quick Touch increases responsiveness by up to 20%, dramatically lowering touch latency and giving the ultimate advantage in multiplayer games. With the speeds and low latencies that 5G and Wi-Fi 6 deliver, serious gamers can unite or compete in real-time for unmatched global competition. 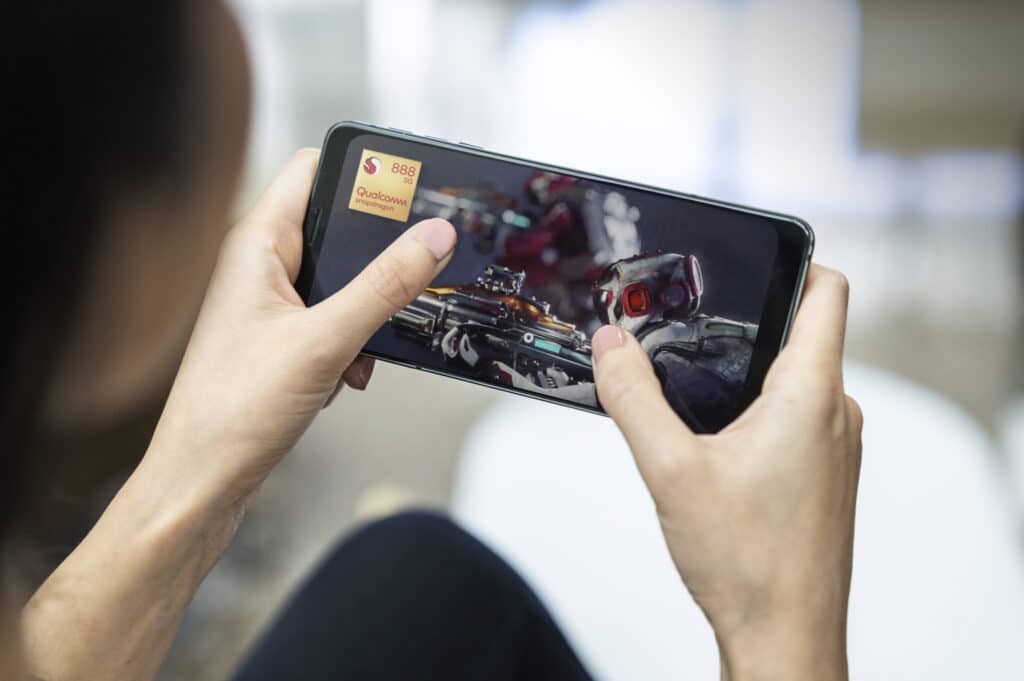 The Adreno 660 GPU is at the heart of the gaming experience, and Qualcomm has been able to achieve breakthroughs in graphics rendering speeds while focusing on sustaining that performance over long periods of time. Adreno 660 GPU provides 35% faster graphics rendering, while being 20% more power efficient when compared to its predecessor. This boost in graphics processing power enables the most advanced HDR features for mobile gaming and easily powers frame rates up to 144 fps.

Touch response times are absolutely critical for serious gamers, with a mere fraction of a second making the difference between winning first position, or ending last.

Serious gamers want ultra-smooth gameplay and hardware that reacts instantly to their physical touch. With the Snapdragon 888, Qualcomm has introduced Qualcomm Game Quick Touch, a new feature that greatly reduces touch latency. Touch latency depends on many factors like the timing of a game’s display vsync and its frame submission. Due to heavy game workloads, a game may miss the vsync deadline, resulting in a delayed frame. This delayed frame then impacts the latency of the touch event. Qualcomm Game Quick Touch is optimized at the millisecond level to avoid these delays, which will allow a gamer to immediately experience faster response times.

Game Quick Touch will be automatically enabled to work with any game, providing serious gamers with top-notch gaming experience and improvements to all games in their library.

For the first ever time, the Snapdragon Elite Gaming is also bringing Variable Rate Shading (VRS) to smartphones. VRS has, thus far, been available on PCs and next-gen consoles.

Powered by the new Adreno 660 GPU, VRS helps reduce GPU workloads and provides significant enhancements to games. This allows the next generation of mobile games to run faster and at higher resolutions while still maintaining the highest visual fidelity.

When rendering a frame, the GPU executes a shader program on each pixel in order to compute its color. In a typical example in AAA games today, there are 3.6 million pixels being shaded on the display. VRS allows developers to specify that the shader program only run once in groups of two or four pixels. It then reuses those color results for the surrounding pixels. VRS means that a developer can shade the entire frame using only 1.4 million pixels. This results in 40% more efficiency, while greatly diminishing the GPU workload providing for greater power savings. While the GPU workload is reduced via VRS, the graphical fidelity remains constant. Games will see a 30% increase in gameplay performance from previous Snapdragon chipsets while running smoother and longer with lower power.

The end result is that developers will be able to leverage the hardware and potentially create larger and more unique experiences in the next generation of mobile games.