The LG Wing is an absolute breath of fresh air. Period! This is a device that truly leverages human imagination to propel smartphone innovation forward. The LG Wing is the first phone from LG’s Explorer Project. This is a new initiative from LG that focuses on challenging established user norms by making new mobile devices that keep-up with, and cater to changing consumer needs.

The LG Wing absolutely wows you, and I mean not just aesthetically, but purposefully.  The LG Wing comes with a two-screen layout in a T-shaped swivel screen. Speaking of aesthetics, the LG Wing is a truly flagship grade phone, with premium glass and metal build, leveraging the best for this device.

When you first look at the LG Wing, it looks every bit a flagship like the others from the 2020 flagship smartphone pantheon. The magic happens when you move to the swivel mode. The Wing is comfortable to hold and flip the display open with the right thumb. When you consider it, this swivel phone is a useful trade-off that drives smartphone efficiencies and uplifting consumer experiences, and enabling them to continue doing what they love without break.

Beyond aesthetics, this smartphone translated into many different interesting use-cases for me, whether it be video content creation, gaming, or being on those Zoom calls, while listening to music, or taking notes simultaneously. While being on a call, I could swivel my phone to dig out details from my bottom screen. I could browse twitter, while watching Netflix on the swivelled screen. While gaming, I could use the other screen for messaging.

The 6.8 inch 2,460-by-1,080 FHD+ OLED screen comes with excellent brightness and colour. It comes with a 32MP pop-up selfie camera, and a 60Hz refresh rate. There are other flagships that have long moved to a smooth 120Hz.

The hinge on the LG Wing works like a charm. According to LG, the main display of LG Wing was rotated 90 degrees over 200,000 times – equivalent to 100 swivels per day everyday for five and a half years. The Wing only holds at zero and ninety degrees, and it swiftly snaps into place.

The Wing comes with an interesting rear camera setup. It includes a 64MP main camera, 13MP ultra-wide shooter, and a 12MP camera. With a flip of the screen, one can control the camera in the video mode as a gimbal. The camera modes, including a virtual joystick, zoom, and activate pan follow, first-person, and follow modes that help to stabilise different types of video.

I found the gimbal mode good for recording super stable videos at 1080p. Even while capturing videos, one can capture 16:9 stills using the dedicated virtual shutter button.

For millennials who love to record and share their daily life moments socially, the dual video recording allows them to shoot videos using the 12MP ultrawide camera, and the selfie camera simultaneously. The resultant output is for the user to decide. They can choose either a picture-in-picture combination of the two videos, or keep both video files separate.

What I love about the camera system is the excellent clarity and colors, with the night mode also delivering.

The LG Wing is powered by Qualcomm Snapdragon 765G SoC. One may recognize the 765G as the same processor found in other 5G-enabled smartphones, including the likes of vivo V20 pro,  OnePlus Nord, or the realme X50 5G.

The performance on the LG Wing is smooth, with the transition between single-screen to dual-screen modes working seamlessly. The Snapdragon 765G is intuitive enough to support dual app usage, and the screen usage. I was able to use all my regular must-have apps on the Wing easily. 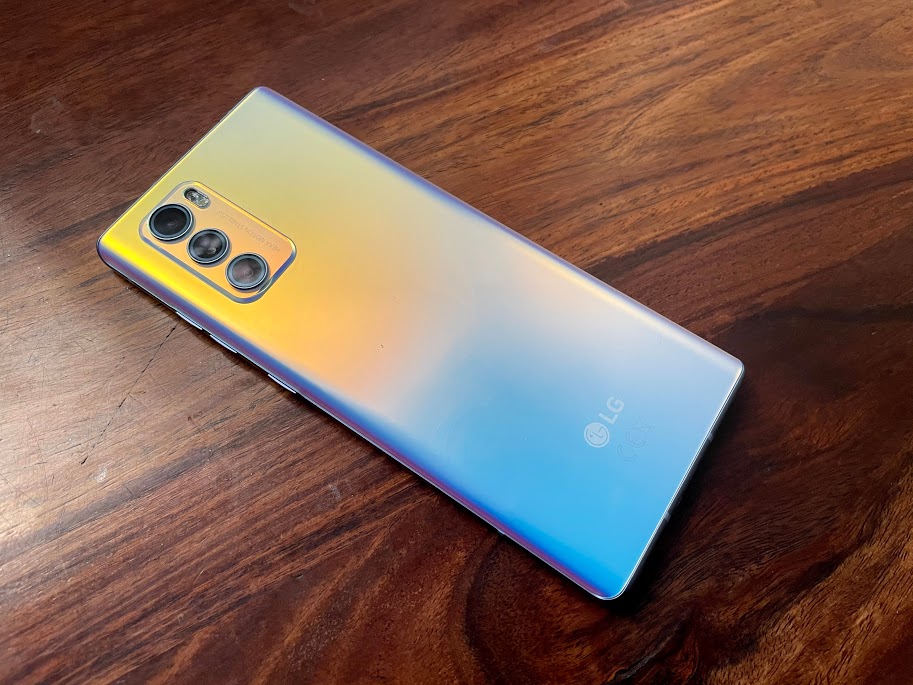 The LG Wing’s two screens are powered by a 4000 mAh battery, that offer a decent battery life as a daily driver. For those who seek the juice and are always-on, there is QuickCharge 4 for upto 28W adapter support, enabling them to charge swiftly. 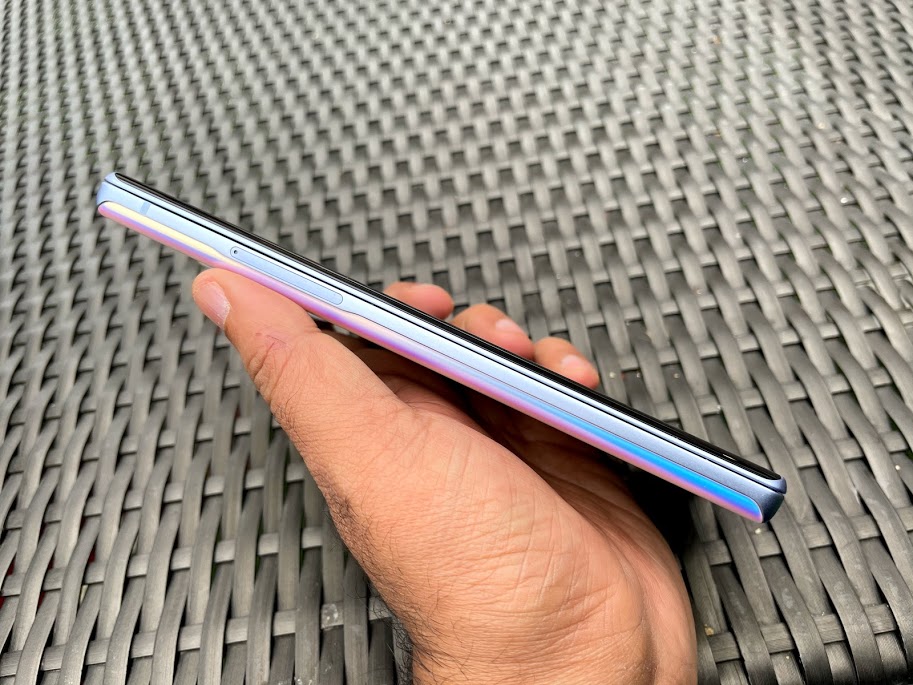 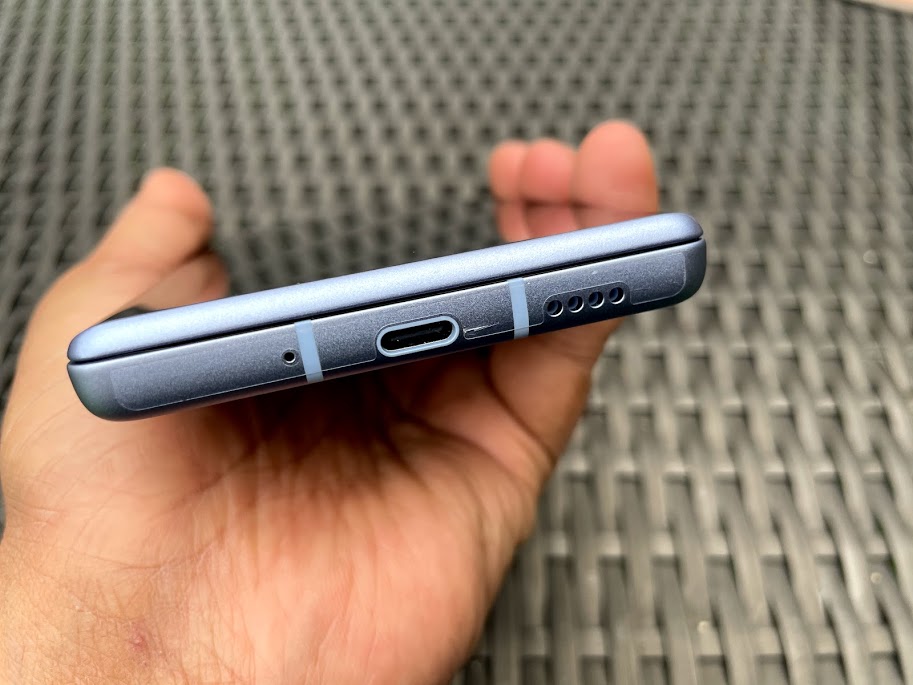 The LG Wing is a refreshing and remarkable achievement that underscores LG’s vision leadership in reimagining the future for smartphones, prioritizing functions over mere form. The extra screen estate on the LG Wing enables smart multi-tasking.

All in all, it is an interesting experiment that enables different apps to work simultaneously. While the hardware gets it right, it will require the app developer ecosystem to embrace the Wing USP, and build for it.

This is not meant to be a mass-market phone, and does not position itself like it. This is meant for those early tech adopters, who love to live on the wild side. This is also a phone for those for whom their phone is a lifestyle statement. Imagine showing-up with the LG Wing at a party, and then shooting everyone’s reactions on the gimbal mode. For dedicated vloggers, this is a good value proposition.

All said, the use cases will develop and refine over the next generation of the Wing. For now, the LG Wing is a brave, bold step forward.