Google recently acquired North, a Canadian company founded in 2012, that makes smart glasses. The IP and talent pool at North will help in building-up Google’s AR hardware. While the value of the deal has not been disclosed, there have been speculations that Google paid around $180Mn.

As an early mover in the field of augmented reality (AR), Google introduced Google Glass in 2012, a smart glass wherein computer-generated images are superimposed over the real world. The high pricing, usability and privacy concerns led to its failure as a consumer tech product. However, Google has continued to focus on Google Glass for enterprises with some limited success, and good use cases, especially in healthcare.

“We’re building towards a future where helpfulness is all around you, where all your devices just work together and technology fades into the background. North’s technical expertise will help as we continue to invest in our hardware efforts and ambient computing future, ” stated Rick Osterloh, SVP- Devices and Services, Google. 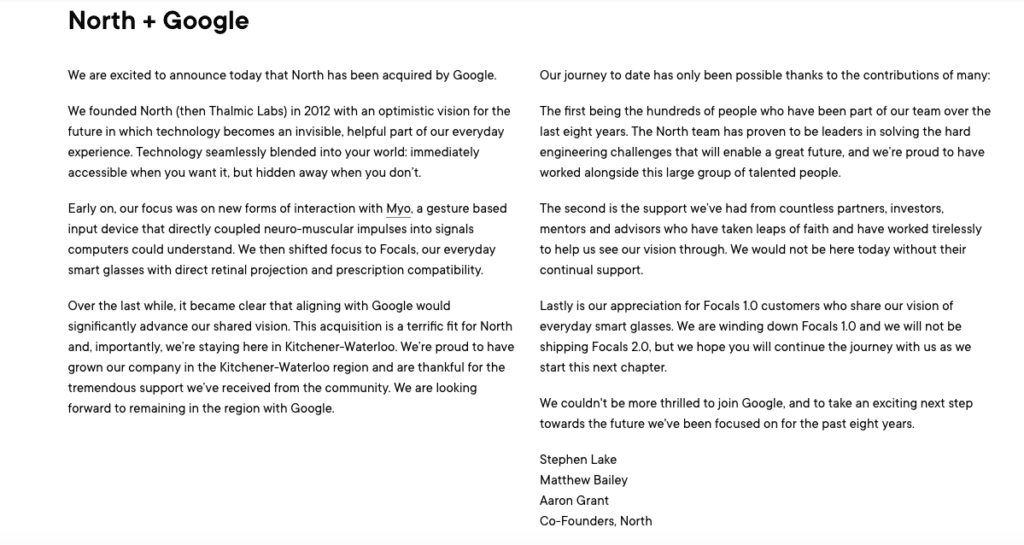 In 2018, North acquired patents pertaining to AR Smart Glasses from Intel. The inventions focused on replacing smart watch features and basic notifications. The patent acquisition provided North with  650 patents protecting their smart glasses – all of which now will belong to Google.

North was behind the smart glasses, titled “Focals,” which was the most closest iteration of smart glasses that looked like normal glasses. What North has been able to realize with its Focals, is a feasible blueprint for future innovations.

The North 1.0 glasses featured a tiny laser in the arm that projects images in front of users’ eyes. The Focals paired via Bluetooth to the smartphone. This enabled in displaying notifications and performing other functions, such as getting directions. 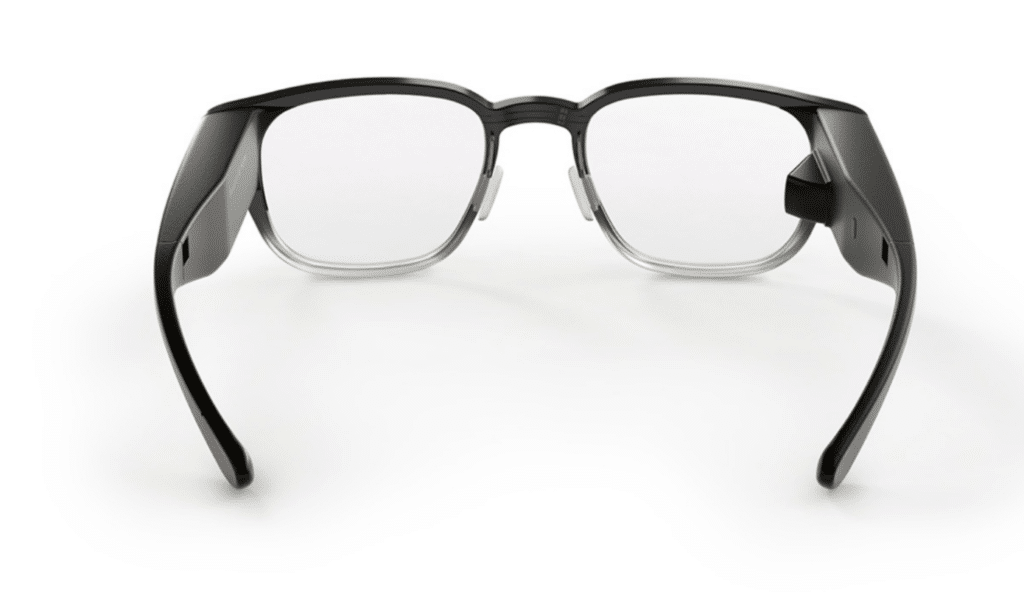 The Smart Glasses market is hot. Apple and Samsung are also focused on smart glasses, while Facebook’s Oculus has been aiming for the VR market. All of them are iterating to bet on features that would make Smart Glasses an interesting and viable proposition.

Apple, in particular, has been betting big on healthcare with its Apple Watch. It already has a strong arsenal of patents around AR glasses. There have been strong rumours of a new device, presumably titled the Apple Glass, that could retail at $499 plus prescription add-ons like lenses. 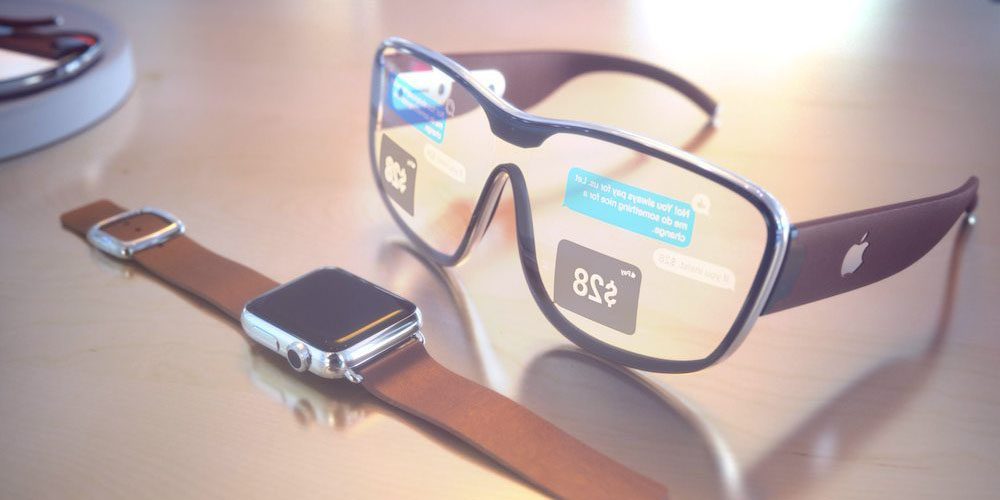 On the other hand, Facebook has debuted a new proof-of-concept (PoC) Virtual Reality headset. In sharp contrast to existing VR devices, the PoC headset is akin to a pair of large sunglasses that one can comfortably wear. 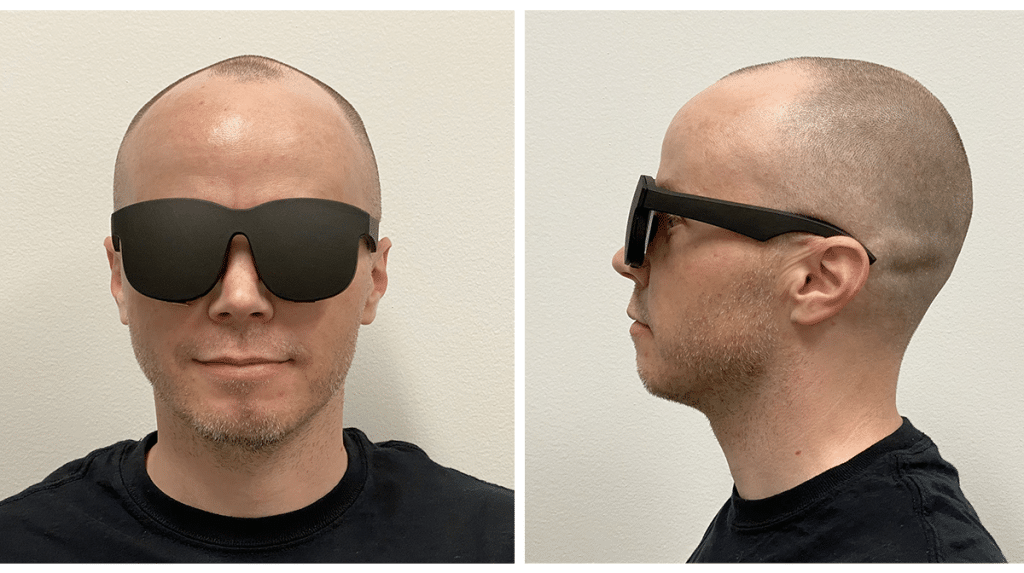 With the North acquisition, Google will aim to re-focus and re-enter the AR market. The market is still very much niche, and this lead-time provides Google with scope to experiment and dwell deeper on various use cases, until the consumer tech market for smart glasses is feasible, gets consumers interested, and feasible use cases are realized.