Facebook, the world’s largest social media platform, is renewing its focus on payments, with  a significant and unified push into payments. The move to launch Facebook Pay comes despite its previous failed attempts at cryptocurrency (read Calibra), and is yet reflective of Mark Zuckerberg’s thinking to monetize the vast social network by focusing on transactions and commerce. This, despite all the challenges that Facebook currently faces, whether it be from a regulatory perspective, with calls for breaking down Facebook, or from privacy perspective, highlighting key consumer concerns around their personal data.

So, all said, will the new move at payments fly?

“People already use payments across our apps to shop, donate to causes and send money to each other. Facebook Pay is part of our ongoing work to make commerce more convenient, accessible and secure for people on our apps. It will make these transactions easier while continuing to ensure your payment information is secure and protected.” 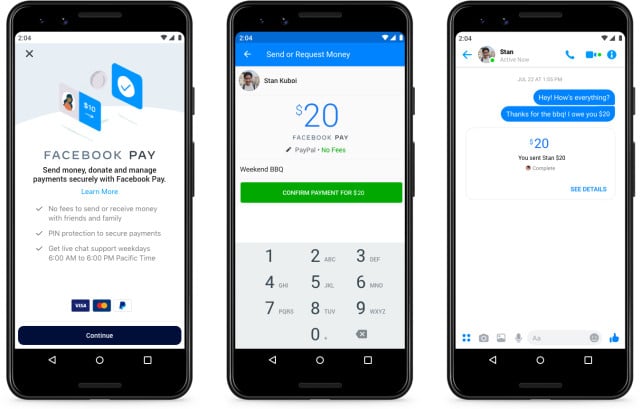 The new service rolls out in the U.S. starting this week. Here are the key takeaways emanating from the announcement:

PayPal at an Advantage

Unwittingly, one beneficiary of Facebook Pay would be PayPal that could benefit from the traffic on the social network, translating into additional revenue streams from social commerce arising on Facebook.

However, the biggest obstacle for the Pay would be the continued controversies surrounding Facebook, and the privacy issues that Facebook users are currently grappling with. Given that consumers are more concerned than before about their personal data, this may have an adverse impact on uptake of Facebook Pay.

So, where does one go from here?

In countries like India, it will be vehicles such as WhatsApp Pay that will propel Facebook and Mark Zuckerberg’s aspirations around digital commerce forward. In the US, there could be a modest uptake for Facebook Pay.

Over the long term, I believe Whatsapp will remain the vehicle of choice for payments between friends and family members, while Facebook Pay will be more used for social commerce, with people potentially using it to purchase goods on the network.

All said, it’s still early days, and I will definitely keep a tab on how things shape up.